Dutta has been an active supporter of the AVIXA's InfoComm Exhibitor Committee since 2007; she chaired the committee for the 2017 show, a prestigious honor that allowed her to provide leadership and support to both the InfoComm tradeshow and its exhibitors. Dutta has been a member of InfoComm's Exhibitor Committee since 2007, and a member of InfoComm’s Exhibitor Advisory Steering Committee since 2011. She is also a member of Women in Consumer Technology and the AVIXA Women's Council. Dutta was featured in Dealerscope's 2017 40 Under 40 and is the recipient of AVIXA's 2017 Young AV Professional Award. At CES 2018, Dutta was honored with Women in Consumer Technology's Woman to Watch Award. Dutta is co-founder of Women of Digital Signage, an organization designed to provide a pathway to promote networking, mentoring, and personal growth.
Speaking At
2019 Speakers
From the Ground Up: Architecting AV
Integrated Experiences: What's Next? 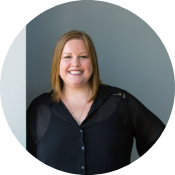