Joe LeConte grew up in Boston Massachusetts and spent his youth working as a professional vocalist. He received his bachelor’s degree in film from the college of Santa Fe. Directly after college he worked as a sound and light technician in the live events industry and for touring musical acts such as Blue Oyster Cult and Cake. He spent several years working as a special effects technician in the film and television industry. His credits include: Longmire, Breaking Bad, and Odd Thomas. Joe began working as the Audio/Visual Coordinator for Student Affairs at Texas Christian University in 2013 and is responsible for the current and future technology needs of his division. 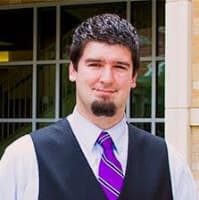