Speaker Bio: Scott is a graduate of Oklahoma Baptist University. He began selling technology in 1999 for Clover Technologies in Tulsa, OK, when Intel Team Stations for videoconferencing was the big thing. He later moved to Texas, and in 2005, started operations for SKC Communications in Richardson, TX. In 2014, he moved to the manufacturing side of the business and went to work for VBrick, which became the streaming solution for Cisco Systems. In 2018, he began work with Barco focused on in-room collaboration with ClickShare. 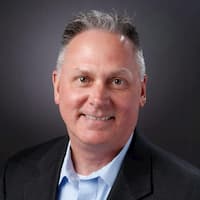